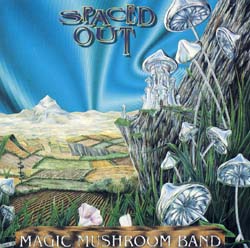 This album had previously been released in 1990 on the bands own Fungus Records label in limited edition special packages on vinyl and CD. These had sold out and the album was so popular that there was a demand for it's re-release and we at Magick Eye were happy to oblige.

The album features some great Garry Moonboot anthems alongside some excellent Swordfish chill pieces showcasing the contrasting two sides of the band. Amongst Garry's anthems on the album is the track that became their first and Magick Eye's first single release - "Pictures In My Mind".